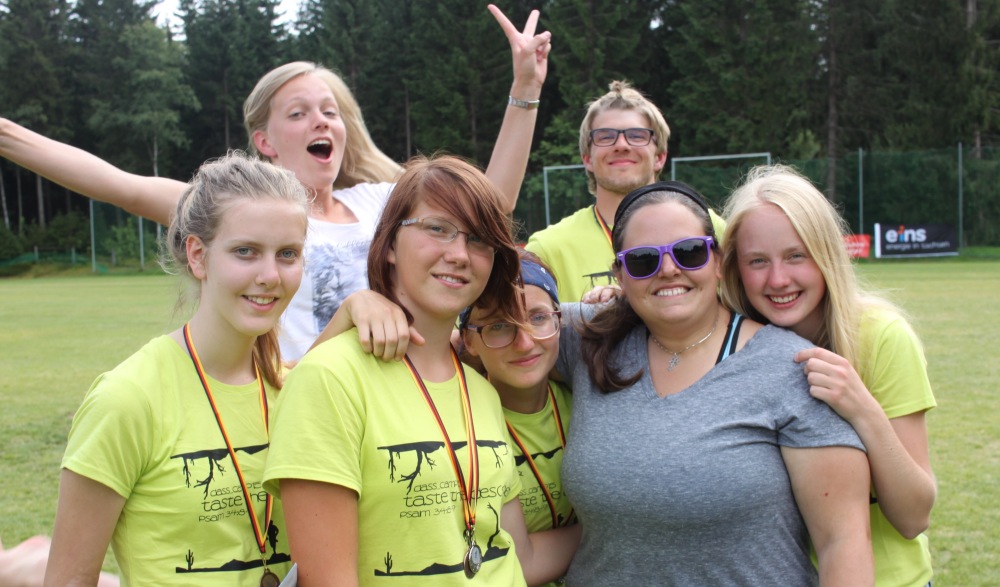 My name is Lexi and I have had a desire to be a part of spreading the Gospel worldwide since I was 15. I’ve always wanted to be a part of ministry and world missions. So, when I was 18, I left home to attend college at Columbia International University in Columbia, SC.
In 2005, I graduated CIU with a double major in Bible and Youth Ministry. However, instead of going straight onto the mission field, I began to work as a youth pastor at East Lake Community Church. During that time, I continued my education in CIU’s pastoral counseling masters program. I loved my job and I believe God used that time to grow and mature me. Yet, I wasn’t meant to settle there.

In 2008, I felt God’s call into a specific ministry. It was at that point that I began to prepare to leave the US to become a teacher at The Black Forest Academy. After 3 years of preparation, I had my personal debt paid off, my belongings sold or packed away, and but a few internship hours standing between me and my masters.

In July of 2011, I headed to Kandern, Germany to work as a teacher at BFA. I taught Yearbook and Art Appreciation and counseled students. During my spare time, I helped out in the dorms and led a small group of 6 girls. I was busy all of the time, but I LOVED every minute of it! This is not to say that it was easy or pain-free. I struggled a lot when I first arrived in Kandern. Living in another culture was not as easy as I thought it would be. I often felt isolated by the language barrier. On top of this constant frustration, I felt the weight of fundraising. I always had enough to provide for my needs, but it was typically a mystery whether or not I would have enough money come in to provide for my bills the next month. There was a time when I certainly did not have enough. Yet, God provided more than I could have hoped or imagined just in time for everything to work out. I am so thankful for everything He did in my life those 3 years. God was (is) good.

In my last year at BFA, I began to desire more. My job was important, but I became more interested in the Europeans that surrounded us. God was giving me a burden for the lost in Germany. Just when I could no longer ignore these thoughts and feelings, I met Jeff and Anne Ingram. They were in the process of moving from Western Germany to Eastern Germany, Dresden in particular. Over a long weekend, the Ingrams shared the enormous spiritual need of Dresden and what their vision was for the city. I felt that I clicked with this couple and I was interested in the vision they shared. Yet, I was cautious about committing to their team. I became skeptical of my own motives. Germany had become home and I needed to make sure that I wasn’t feeling drawn to remain somewhere that now felt comfortable.

One thing that I knew for sure was that it was finally time for me to commit fully to the mission field, 15 years after my initial calling. I contacted The Evangelical Alliance Mission and began the process of becoming appointed as a long term missionary immediately, after returning to the states in June 2014. I also began to pray about where God wanted me to go. While Germany was on my heart, I wanted to be sure that it was His will that I return there, not simply my own. After inquiring about several mission opportunities, speaking with missionaries via Skype, and spending months in prayer… I was more sure than ever that God was calling me to Germany. In my final moments of doubt I begged God, in one last prayer, to give me assurance that this was His will and not mine. The sentence “Haven’t I bought you this far?” came to mind instantly. I haven’t questioned this call since.

In December of 2014, I received my MA in pastoral counseling. In January 2015, I was officially appointed as a long term missionary to Germany. I attended the TEAM mission orientation in February, and I’ve been working towards returning to Germany ever since!

Life as an appointed missionary, in the fundraising process, has been complicated and challenging. I try my best to balance my ambition for the future with reality of the present. I cannot afford to focus my attention on fundraising alone. I must balance my time between family, fundraising, ministry, work, and friendship.

I currently work as the Youth Director for Westwood Alliance Church, in Orlando. I love this job and it fills me with joy that I am able to spend so much time with teenagers again. I also consider this opportunity to work with the Westwood staff to be quite enriching. God has used this position and these people to further my sanctification. I am challenged by my weekly schedule, but I am being stretched in all the best ways.

This journey back to Germany has taken a lot longer than I had hoped, but I do trust in God’s timing and believe He will provide when the time is right. He has given me much assurance of this. Having that confidence gives me peace, though I am anxious to begin the work in Germany.

If anything I have said about myself, Germany, and/or this ministry has interested you- please contact me: leximcnair@gmail.com. I would love to share more with you and give you the opportunity to be a part of this Dresden Initiative. God is preparing Germany for a revival and I would like for you to be a part of it.

-$24,000 needed for a one time departure fee. $20,000 currently collected. I’m $4,000 short of hitting this goal. I would like to have this by the end of 2016. This money is for language school, moving expenses, and travel fees. I will not need to raise this kind of lump sum again. It is a one-time goal that all long-term TEAM missionaries raise.

-$4,000 needed for monthly income and ministry budget. I currently have $2,800 promised in monthly giving. I would like to gain about $200 more in monthly support by the end of 2016. This monthly giving will be allocated for salary (basic bills, food, etc), TEAM’s support services (which is a MUST), my team’s ministry budget, insurances, emergency travel savings, home ministry savings, and smaller things not worth mentioning here.

Please, don’t hesitate to ask me direct questions about my budget and finances. I didn’t come up with these figures myself. The finance team of The Evangelical Alliance Mission determined my budget and my Germany team leader approved it. The numbers weren’t arbitrary. A skilled team of professionals determined what was needed for long-term success. I trust them. So, I am happy to give more detailed information.